Fruits That Start With X

Yes, there are actually fruits that start with X! After reading this list, you will be able to add to your collection of fruit fun facts for your next party. Let’s learn more about fruits beginning the letter x.

Ximenia caffra fruit is more commonly known as sour plum. You can find ximenia caffra, or sour plum, in most Southeast African countries like Botswana, Kenya, and Mozambique.

Ximenia caffra fruits grow on trees during the rainy season in December and January. Most people don’t eat ximenia caffra raw as it has an incredibly sour and dry taste.

Its texture is juicy, so ximenia caffra is more commonly soaked and pressed. This softened pulp is mixed into porridges, drinks, and jellies, while the other parts of the ximenia caffra plant are used for natural medicines.

Ximenia caffra starts off with a green skin, but then becomes orange as it ripens. Its squishy pulp also takes on a deep yellow color. The shape and size of these fruits is similar to a regular plum.

To try ximenia, wait until the ximenia caffra is overripe. That way the ximenia will be slightly less sour if eaten raw.

Some varieties of xemnia, like the ximenia americana are a more accessible variety of these fruits that start with x. You will have an easier time finding them with their nickname of sea lemon.

These fruits that start with x are a popular wine grape in Macedonia, Greece. Xinomavro grapes are a medium sized grape that have dark purple skin, and are used to make lovely red wines.

The grapes themselves make a colorless juice, but they provide a nice acidity to fruity wines like Negoska. The xinomavro grape is one of the most common wine grapes that you will find in the country, and they are a late season wine grape.

The best way to enjoy this greek wine is with a lamb or beef dish. It ages well, so it may be best to try an aged xinomavro grape wine.

You may not have heard of xigua fruit by its scientific name of Citrullus lanatus var. Lanatus, but you have seen a fruit very similar! Xigua fruit is a type of watermelon that grows in China and some tropical regions of Africa.

The main difference between xigua fruit and watermelons is that these fruits that start with x have a much darker skin. Not only is the skin of this Chinese watermelon almost black in color, xigua has less seeds than your typical american watermelon.

When it comes to flavor, the edible fruit has a similar flavor and texture to american watermelon. They taste best when eaten raw, but can be used to make a refreshing juice in the hotter months. 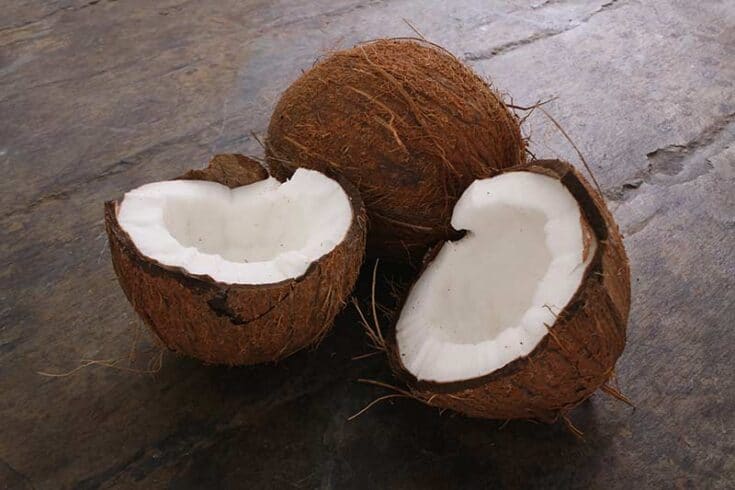 Xylocarp are not your typical fruits that start with x. It is the scientific name that refers to a group of fruits that have a hard shell that is woody or rough in texture.

These fruits beginning with the letter x come in a variety of textures and flavors, so it’s hard to pinpoint just one. The pulp of these delicious fruits can be eaten fresh, in a dessert, cooked into a jam, or blended into a smoothie. 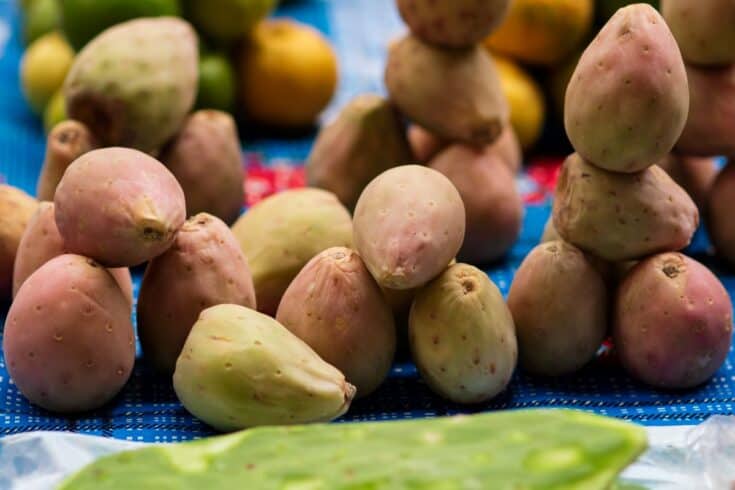 Xoconostle is a type of cactus fruit in the same family as the prickly pear. Though these fruits that start with x are a fruit, they are used more like a vegetable.

Xoconostle are commonly found in local foods. These fruits that begin with the letter x add a sour flavor to savory dishes, and are mostly used as an ingredient in mole de olla.

If you really want to try this juicy sour fruit, you might find it dried at a specialty grocery store. The pale pink xoconostle grows in Mexico year-round, but they are best in summer and autumn.

These fruits have a pink juicy pulp that surrounds an inedible seed.

Xylocarpus Granatum is the scientific name for the cannonball mangrove and cedar mangrove fruits. It is a type of fruit that typically grows in the Pacific Islands. These fruits that start with x are not your typical juicy fruits.

The xylocarpus granatum is about the size of a grapefruit, and has the appearance of a wooden capsule. When the fruit ripens, the top part of the fruit opens up to show lots of seeds in each capsule. The seeds inside are quite large, and are not typically eaten right off the tree.

The most common usage of xylocarpus granatum is to use it as a traditional medicine.

Xarello fruits are a type of white wine grape that grows in the Catalonia region of Spain. It is a hybrid grape of the Brustiano faux and Gibi grapes.

It is usually used to make sparkling wines, but it has a strong flavor. These fruits that start with x are said to have a lime flavor, with hints of floral notes. It has an average ripening season, and the white wine grape is enjoyed by many in the region.

Though the fruit is edible, wine grapes are not as good as your typical table grapes. So don’t eat them fresh!

If you have not heard of xarello wine, this fruit that starts with the letter x also goes by Cartuja and Pansa Blanca. 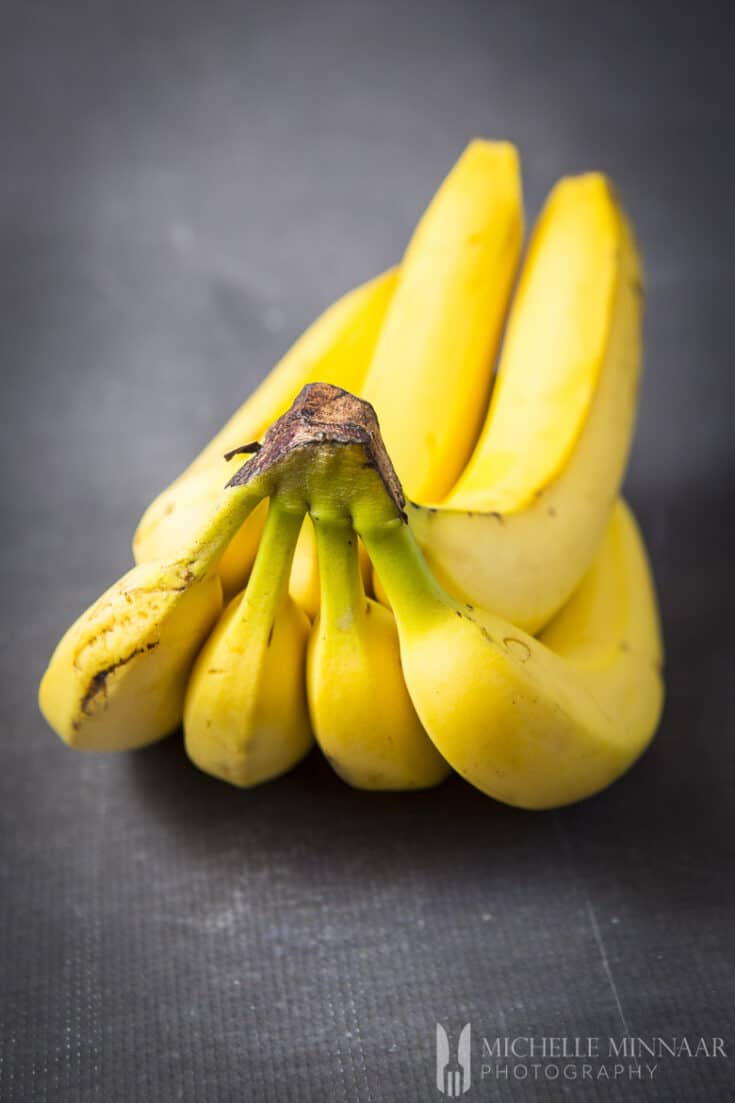 You’ve definitely heard of this fruit before! This fruit that starts with the letter x is actually the Chinese word for banana! Xiangjiao has yellow skin, and a soft pale flesh that can be enjoyed in many ways.

From smoothies to juices to dessert, there’s nothing xiangjiao cannot be used in. Luckily xiangjiao is available year-round, so there’s always time for this potassium rich fruit. They are loved for their high nutritional value and mildness when ripe. 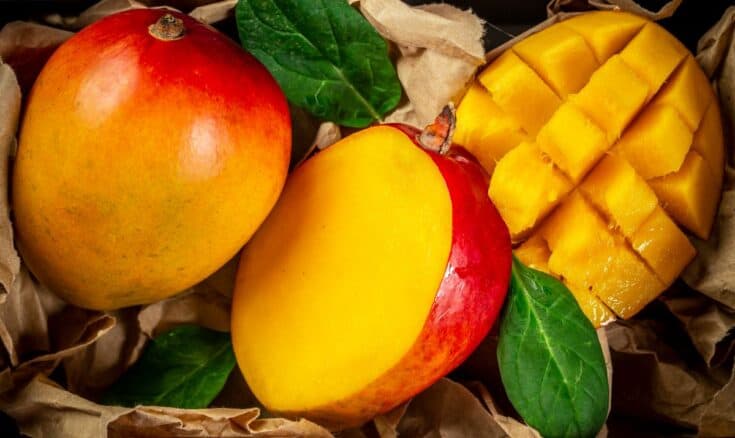 Like some of the other fruits on this list, xoai is a food you’ve likely heard of already. Xoai is the Vietnamese name for mango!

There are many types of mango in the world, but in Vietnam they can be enjoyed in some different ways than in the west. With smaller, less fibrous mangoes, xoai can be served with sticky rice and coconut condensed milk.

It’s a lovely treat after a savory meal. Some interesting facts about xoai is that they have a high amount of vitamin C and they have just as many varieties as the plum.

There is a large range of seasons for xoai, but most mango trees produce fruits from May to September.

Which fruits that start with x do you hope to try? Let us know in the comments!

Your Slimming Essentials – The Weekly Pinch of Shopping 18.11

Your Slimming Essentials – The Weekly Pinch of Shopping 18.11

Fruit That Starts With I